A slay queen has reportedly ran mad in Ikotun area of Lagos after drinking a mixture of colorado and black mamba. 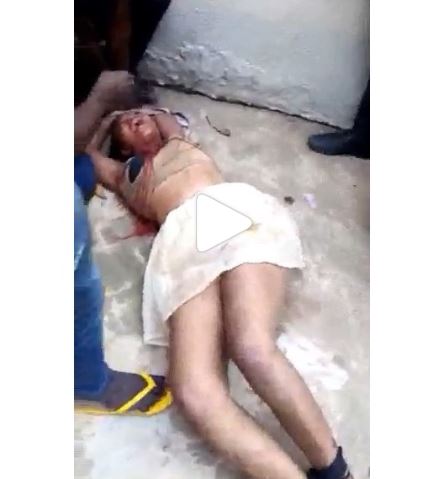 The woman tied with rope.
A young Nigerian ‘slay queen’ has been tied down with rope after she reportedly lost her mind.
It was gathered that the woman had taken a drink which had a mixture of colorado and black mamba. The content of the drink many believe is supposed to make the user ‘high’, however forced her to began misbehaving.
After taking the drink she began acting abnormally before people tried to bring her under control.
This incident happened in Ikotun, Lagos State.

Her identity is still unknown. Many people who watched the video raised alarm over the high rate of drug abuse in the country.