Bobrisky, popular Nigerian male crossdresser, has distanced himself from the notorious criminal decared wanted in Rivers state government who also goes by his stage name, Bobrisky.

Governor Nyesom Wike yesterday announced a N30 million reward for anyone with credible information that will lead to the arrest of the criminal known as Bobrisky. The notorious criminal is said to have terrorised residents of Gokana local government area in the state for a very long time.

Reacting to the similarities in their names, the male cross dresser via his IG page, expressed his thanks to God that he turned into a woman two years ago. According to him, he would have been a suspect by now. Read what he wrote below

Haaaaaaaaaa so a notorious CRIMINAL in River state is bearing my stage name BOBRISKY ??. Thank God say I don turn woman before the useless criminal go commit. If not I for don turn suspect by now. And y are bloggers joining my pic with governor Nyesom wike together. Biko is not my Bobrisky he is looking for o. Me I don turn woman since two yrs now. ?postsanddelete? 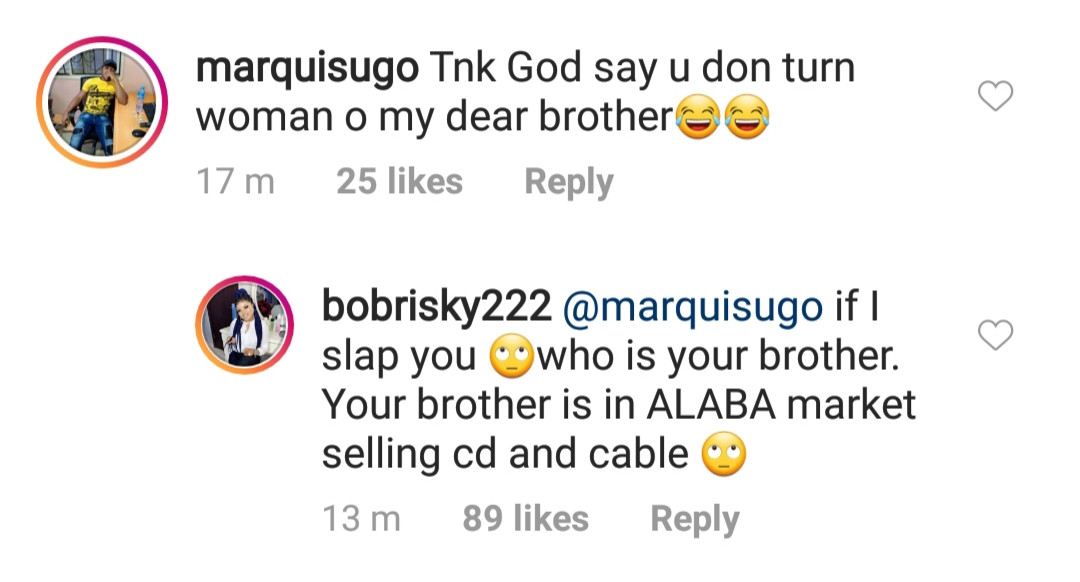