Serena Williams was forced to retire after four games during the Rogers Cup final because of back injury leaving her still seeking her first title since becoming a mother.

After four games in the final against Bianca Andreescu, Williams retired, handing the title to Andreescu, the 19-year-old of Canadian and Romanian descent leaving her to become the 1st Canadian to win the tournament since 1969.

The two women had a friendly conversation and Andreescu bent down to hug Williams after she retired. “I’m sorry I couldn’t do it today, I tried. But I just I couldn’t do it. Thanks to Jehovah for letting me come out here. And Bianca, you’re a great sports woman. And thanks for my team. It’s been a tough year but we’ll keep going” a crying Williams told the crowd in Toronto. 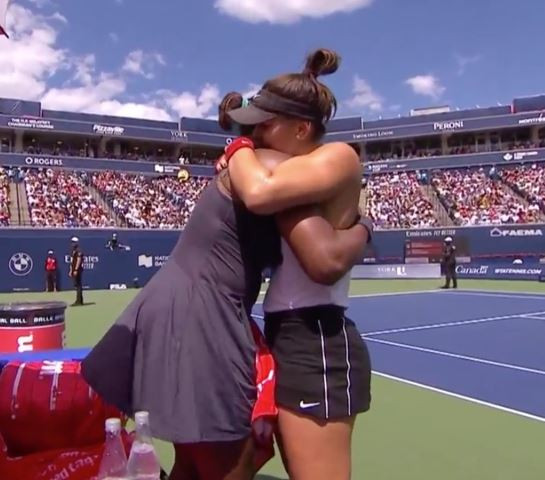 Williams said the back issues first began on Saturday night after her semifinal victory over Marie Bouskova, and then they acted up again during the final on Sunday.  Williams, who turns 38 next month, was playing her first tournament since losing in the Wimbledon final last month to Simona Halep.

Andreescu, meantime, becomes the first Canadian in 50 years to win the title in her home country.