A Nigerian man who was sexually abused as a child, has spoken out about the abuse but he says he doesn’t regret that it happened.

@hendrix_victor2, while replying to a question on Twitter, revealed that his parents’ house help made him perform oral sex on her whenever his parents’ weren’t home.

‘My mother died without telling me I had HIV’ – Activist, Brian Omondi shares touching story

His tweet elicited sympathy from Twitter users but he told them not to sympathize with him because he “never regretted it”. According to him, the maid’s actions brought out the best in him when it comes to “giving head”. 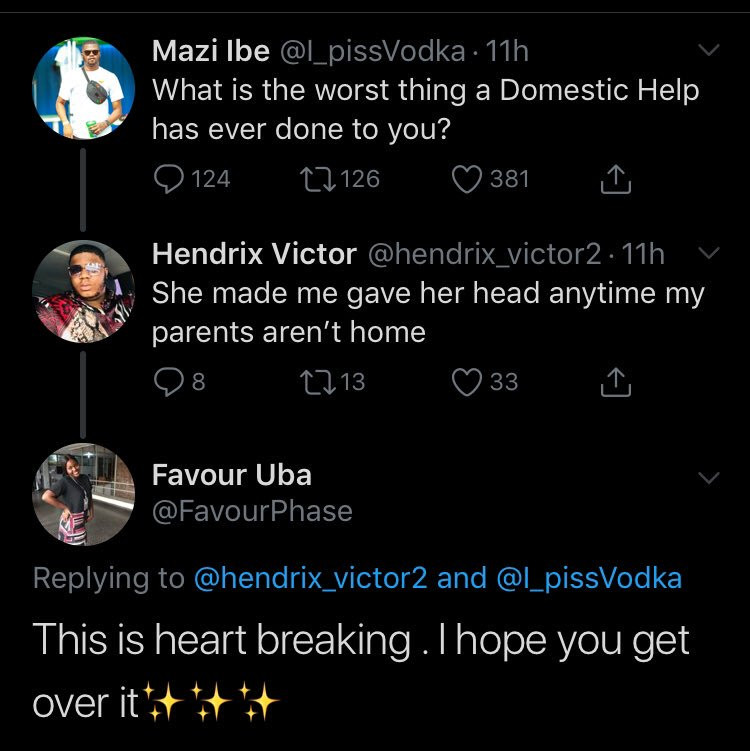