A relative of Femi Otedola, his step sister, took out a newspaper advert to announce that she has changed her name to one that’s lengthy. She then named Femi Otedola, DJ Cuppy, Pastor EA Adeboye, Goodluck Jonathan, and others as people who should take note of the name change.

The woman, who said she is the daughter of former Lagos State governor Sir Michael Agbolade Otedola, went on to list all the people who need to take note of her name change.

The change of name has led to a discussion across various social media platforms. Most of the conversation surrounds her choice of name and how lengthy it is. 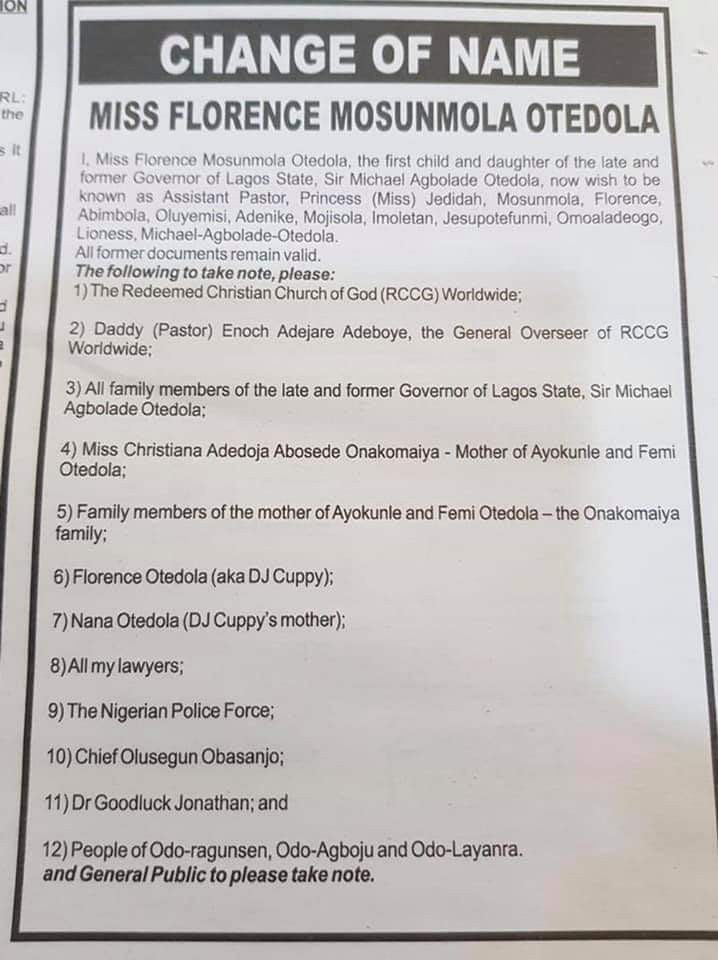