Popular Ghanaian Facebook slay queen, Akosua Barbie, who died few days ago, is said to have died as a result of a curse placed on her by a married woman.

Since the news of her death, Ghanaians have flooded social media with different clues as to why she died mysteriously.

A Whatsapp conversation between some of her friends hints at what may have caused her death.

According to the conversation, Akosua Barbie may have died as a result of a curse placed on her for snatching a woman’s husband.

The conversation revealed that when Akosua Barbie fell sick, she confronted the woman who revealed that she invoked a curse on her.

The woman, however, stated that the sickness had already gotten to a stage which is beyond the capability for the curse to be revoked. 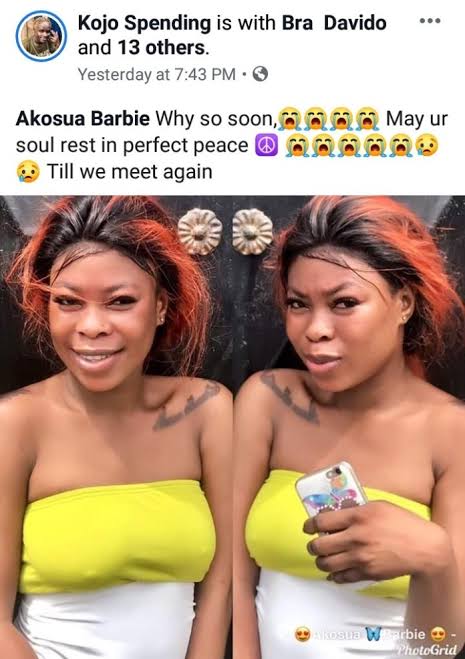 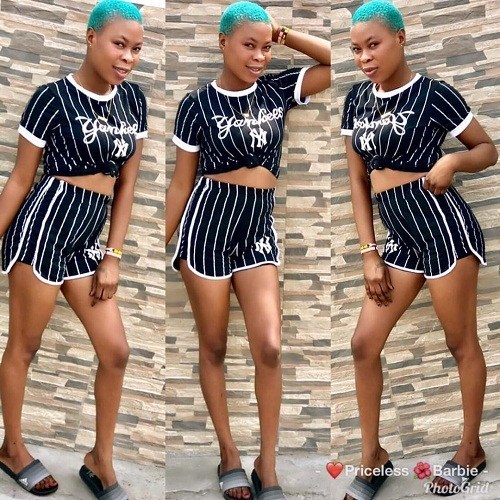 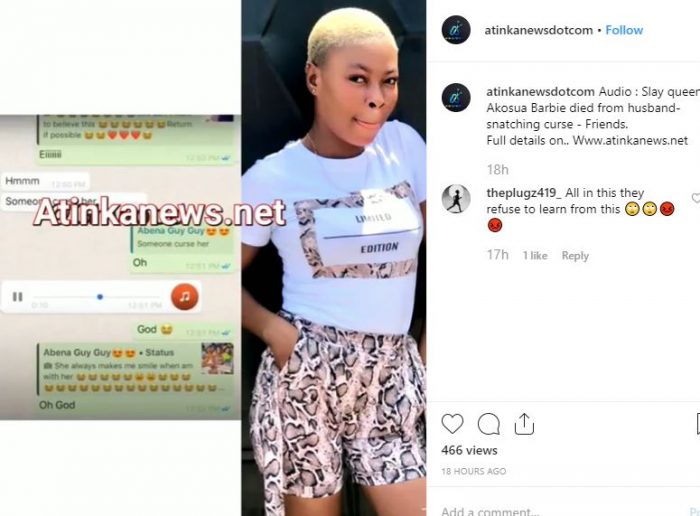