Naira Marley marlians has taken thing too far as a Mother was shocked to find out that her daughter was in a cult called Marlians, The cult is actually a group of female students who carry out cultism activities in the school Premises, Mayorspeaks Reports

However, the girls were about 25 female secondary school students, the name of the school was not made known by the aggrieved mother, the woman stated that the girls were suspended from school for carrying out cultism activities in the school Premises

According to the woman, she said her daughter and other female students don’t wear under wears to school especially on Mondays as part of their Rules, the woman who happens to be a pastor feels so disappointed in her daughter and wondered why her 15 year old daughter is a part of such mess

READ HER STORY BELOW: 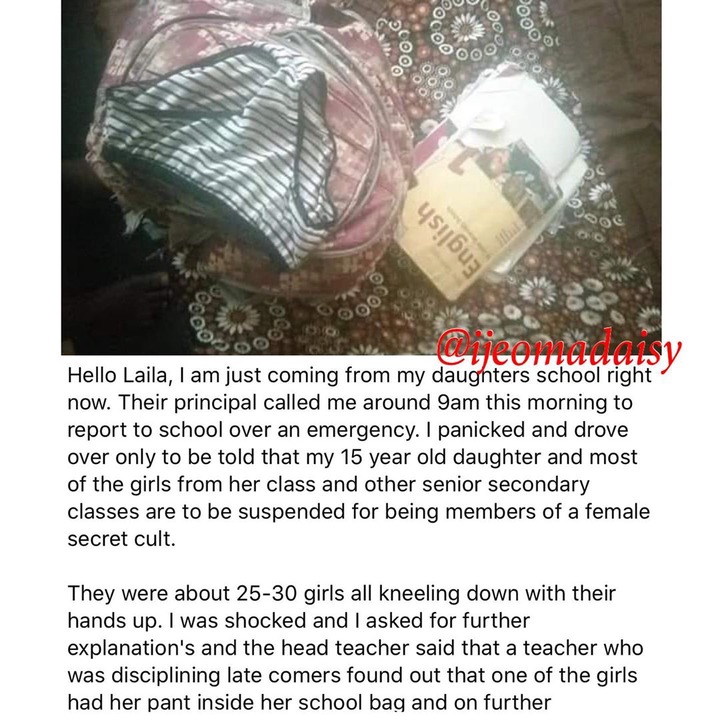 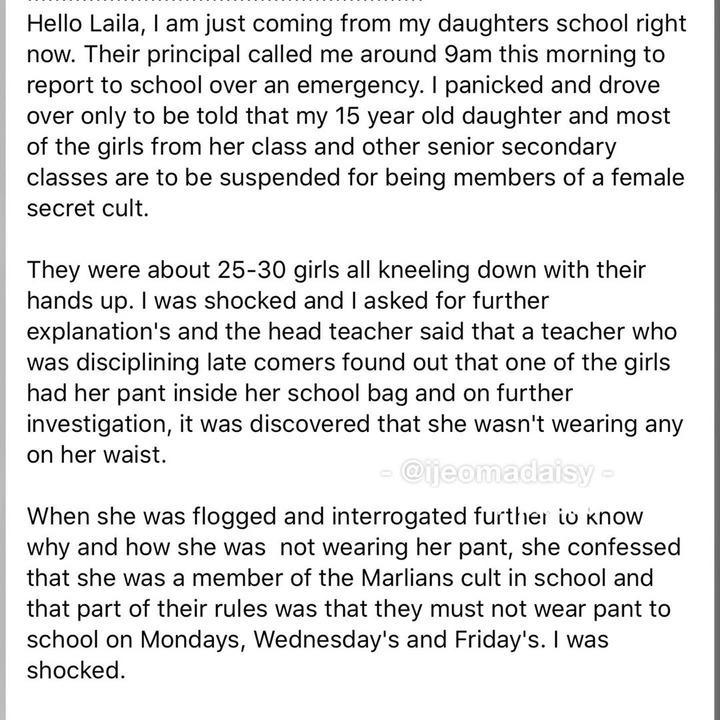 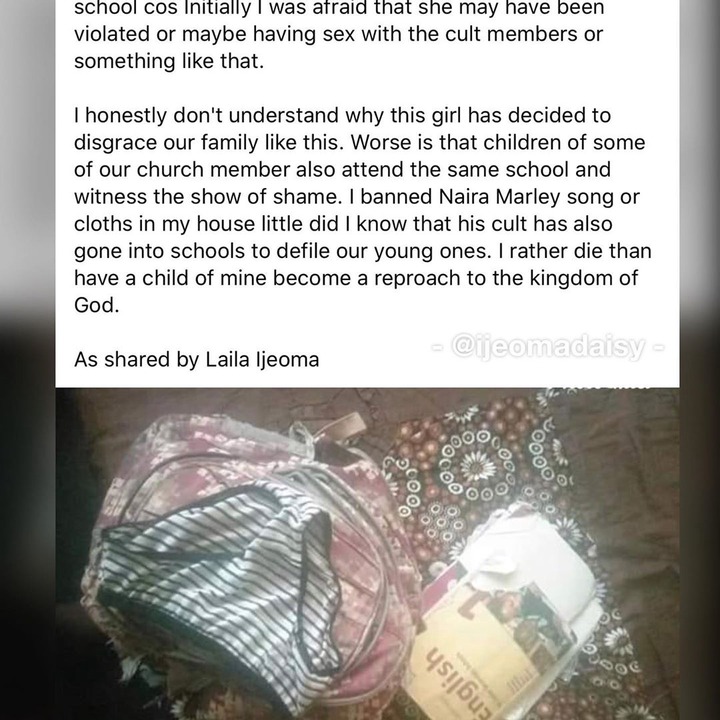 Do you think Marlians are taking things too Far ?