After 2019 was a year of savagery and abuse from the Zanku master, he took the same shape in 2020 again as he lays a heavy curse on a fan and his family.

The fan who took to his Twitter to prophecize a very bad year 2020 for Zlatan, said he won’t have any song and blogs will start tagging him as a singer turned skit poster.

Many are of the saying that Zlatan response was too harsh, he could have easily look away, when the guy is not father Mbaka. 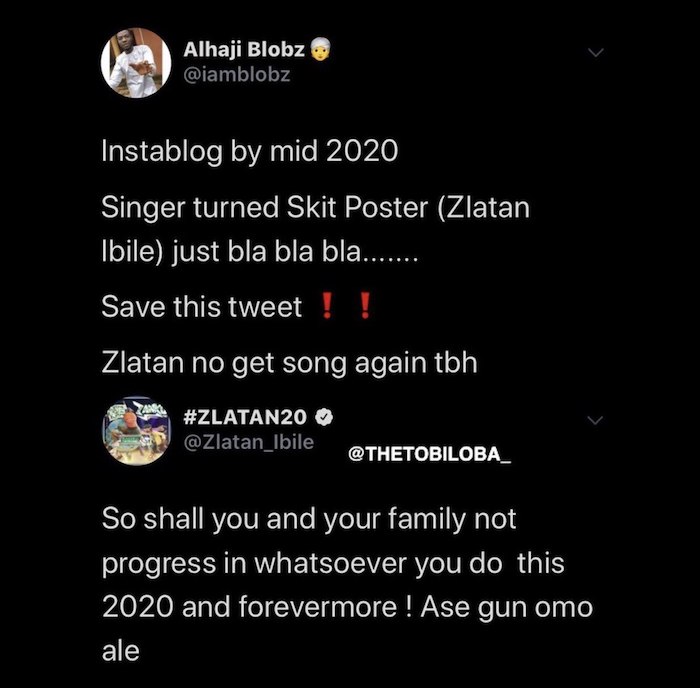 A Perfect Or A Very Wrong Response?

Let’s hear from you